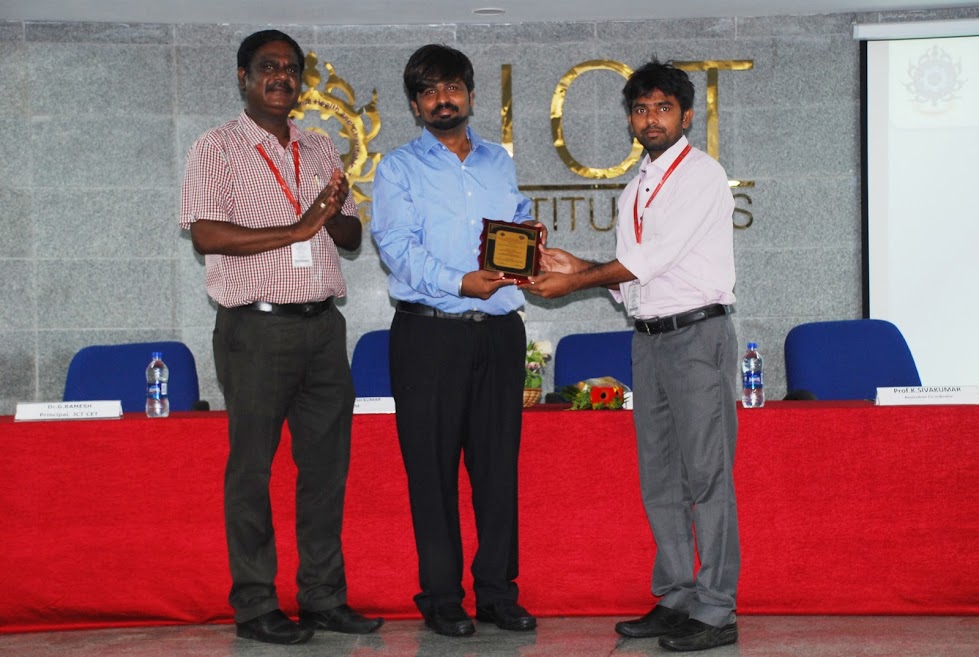 The Department of Computer Science and Engineering organized the guest lecture about augmented reality on 19th September 2017 at 9:30 AM. The resource person for this program was Mr.S.Balamurugan, Director-Research and Development, Mindnotix Technologies, Coimbatore, Tamil Nadu. The program started with the prayer song. The welcome address was given by Dr.G.Rajiv Suresh Kumar, Head of Department of Computer Science and Engineering. The chief guest first gave an introduction about the “Augmented Reality” which gave everyone a clear view about virtual reality. He then illustrated the difference between virtual reality and augmented reality which helped the students to differentiate augmented reality and virtual reality in real world.

He also explained about hololens, holograms and meta 2 development kit. He also gave an introduction about Flereo,Limbix and future of augmented reality in articulated naturality web by combining the dynamic content. The vote of thanks was given by Dr.K.Sivakumar Assistant professor, Department of computer science and engineering.