The Entrepreneurship Development Cell of JCT College of Engineering and Technology was inaugurated on 03.12.2013.. Dr.Jacob Chandapillai, Director, Fluid Control Research Institute, Palakkad was the chief guest for that. It was followed by an Orientation program on 21.01.2014 for which Prof.R.Krishna Kumar, Head of Department of International Business & Co-ordinator – EDC, PSG College of Arts and Science, Coimbatore, was the chief guest.

Then on 24.02.2014 a motivation program for the third year students was organized. Mr.D.Devarajan, (Proprietor), Sreedev Solar Solutions, Kalapatti, Coimbatore had been invited as the chief guest for this.

A motivation program for students was organized on 27.08.2014. Mr.K.Sundararaj, General Manager, Kasthuri Machine Builders, Coimbatore was the chief guest.

Finally on 23.09.2014 a seminar on Role of Vasthu in Planning and Construction, chaired by Er.A.G.Marimuthu Raj, Chairman, COCENA Vision, Coimbatore was conducted, in the college seminar hall.

Then the ICTACT and EDI, Government of Tamil Nadu, conducted the Phase – I, Entrepreneurship Awareness Campaign (EAC) on 31.01.2015. Mr.J.Stalin Jacob Head, Academics, Native Lead Foundation organized the programThe Phase – II, five days training program for 20 students, Entrepreneurship Development Program of Potential students (EDP) was conducted from 09.03.2015 to 13.03.2015. Two students out of these 20 students are selected now for the phase III, Advanced Training for the Top students, to be conducted in February, 2016. They are Arun.D and Vishnu.K of present IV CSE department. The date for this program is not yet announced.

A five days training program was arranged by the Rajiv Gandhi National Institute of Youth Development from 06.07.2015 to 10.07.2015 for forty selected students of third year of various branches. 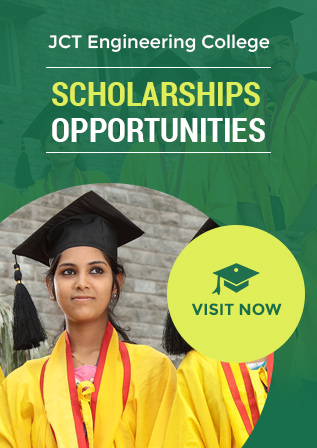