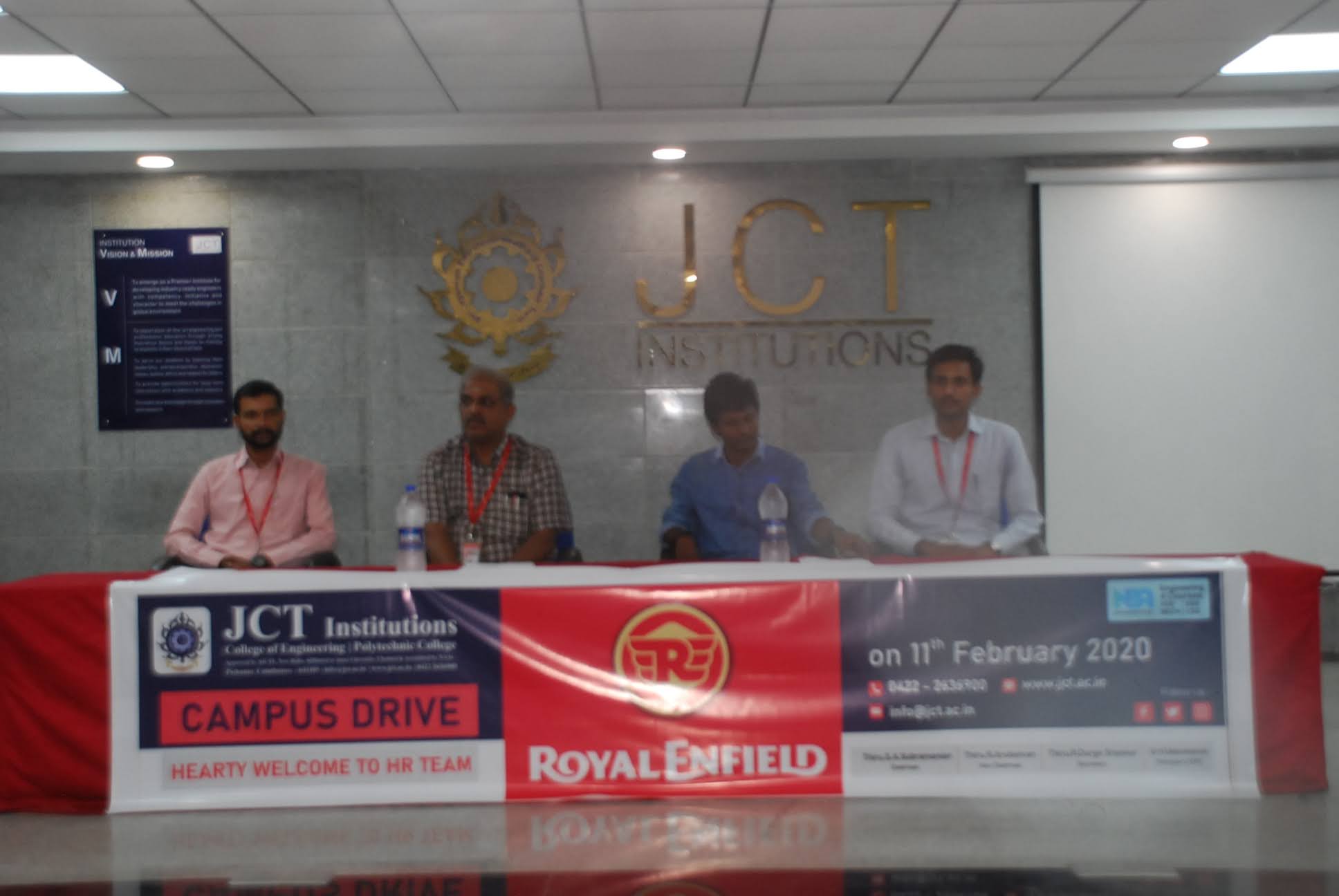 The Department of Training and Placement organized an “On Campus Drive” at JCT campus on 11.02.2020. ROYAL ENFIELD, Chennai hosted the campus drive for the final year Diploma MECHANICAL, EEE and PCE departments. Totally 24 students were scrutinized based on their eligibility and were invited for this drive.

In 1955, Enfield Cycle Company partnered with Madras Motors in India in forming Enfield of India, based in Chennai, and started assembling the 350cc Royal Enfield Bullet motorcycle in Madras. The first machines were assembled from components imported from England. Starting in 1957, Enfield of India acquired the machines necessary to build components in India, and by 1962 all components were made in India.

24 students got selected in the first round of face to face interview, 15 of them got shortlisted. The Management and Principal thanked the recruitment team and congratulated the selected candidates.